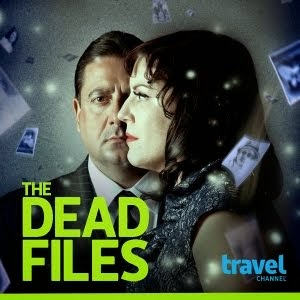 Someone was very adamant that I should watch "The Dead Files".  I will be honest, I used to have an interest in these types of shows, but not anymore.  My eyes have been opened, but eyes being opened to the truth do not good unless we speak that truth.

So I watched her show, and I am telling you the truth, this is a great deception.

Do you not know that the devil deceives by little's and not by leaps and bounds?  He will rarely appear red with horns, but he will appear in this guise of a kind woman trying to help people who have "spirits" in their house.

In the opening she says, "I speak to dead people, and they speak to me."

"Do not defile yourselves by turning to mediums or to those who consult the spirits of the dead. I am the LORD your God." Leviticus 19:31.

The argument is that she is proven right by her investigator again and again.  Of course she is, that is because she is most of the time COMMUNICATING WITH DEMONS!  Demons don't have any problem giving information to her because they know that it will mean the ruining of her salvation and everyone that listens to her also.   As I said in a previous post:  Demons Do Not Carry Identity Cards!

She has no way of identifying who or what she is speaking with and just because she has this ability does not mean that her perception and interpretation of what she is experiencing is reality.

This is a description of witches conjuring spirits:  "Witches still go to cross-roads and to heathen burials with their delusive magic and call to the devil; and he comes to them in the likeness of the man that is buried there, as if he arise from death."[32]

Wake up people and see what is going on!  This woman on this show has had people call witches and warlocks to supposedly remove whatever is there.

Jesus spoke plainly, "If Satan drives out Satan, he is divided against himself. How then can his kingdom stand?"  Matthew 12:26.   So if the devil knows his kingdom cannot stand if he drives out himself, what is really happening when a witch or a warlock is sent in to remove spirits?  I'll tell you what is happening, a temporary reprieve is granted to the homeowner, only so that the hole can be dug deeper and perhaps something even more sinister and terrifying can be entrenched.

The demons goal is not to scare you, the demons goal is to cause you to loose hope and curse God.   If you receive a reprieve and then the spirits or activity comes back, even worse than before, what happens?  The people begin to loose hope of ever being free of what is tormenting them.  Because they got a small reprieve they think they should go back on the same path and go to either the same or a different psychic medium, witch, or warlock.  Soon they are so entrenched in this darkness it is almost only by the grace of God that they are shown a way out.

Are you *currently* being sent into Hell forever ... automatically excommunicated (outside) of God’s Catholic Church ?

Council of Florence, Session 8, 22 Nov 1439 -- infallible Source of Dogma >
"Whoever wills to be saved, before all things it is necessary that he holds the Catholic faith. Unless a person keeps this faith whole and undefiled, without doubt he shall perish eternally."

You must believe the Catholic Dogma to be in the Church ... Dogma you have *never* seen.

The Catholic Faith *is not* Bible interpretation ... it is the Catholic infallible Sources of Dogma. The Catholic Church didn’t even define the Bible’s New Testament Canon until 397 A.D. at the Council of Carthage.

No, it cannot possibly be the Catholic Church ... and promotion of the opposite of the Catholic Dogma is exactly what the vatican-2 heretic cult does ... and has been doing since it’s founding on 8 December 1965 at the Vatican.

The vatican-2 heresy does not have the Office of the Papacy ... only the Catholic Church has the Papacy.

The founding documents of the vatican-2 heretic cult … the “vatican-2 council” documents … have well over 200 heresies *against* prior defined unchangeable Dogma. Every (apparent) bishop at the “council” approved the mountain of heresy, which caused their automatic excommunication, see Section 13.2 of the below site.

… we were all placed, body and soul, *outside* of Christianity (the Catholic Church) on 8 December 1965 … the close date of the “council”.

Section 13.2 > Catholic Dogma on automatic excommunication for heresy or participating in a heretic cult such as ... vatican-2, lutheran, methodist, evangelical, etc.

Section 13.3 > Matt 16:18, Gates of Hell scripture ... is *not* about the Office of the Papacy ... four Dogmatic Councils defined it ... that heresy will not cause the Dogma to disappear.

Section 13.4 > The vatican-2 heretic cult does not have the Office of the Papacy only the Catholic Church has the Papacy.

Section 13.6 > The Catholic Dogma on Jurisdiction and Automatic Excommunication for heresy define that ... God has allowed Catholic Jurisdiction ... for Mass and Confession to disappear from the world. There is no such thing as Catholic Mass outside of the Catholic Church.

Section 19.1 > Dogma on Abjuration for *re-entering* Christianity (the Catholic Church) … after being automatically excommunicated. A Formal Abjuration is provided here also.

Section 10.2 > Returning to a state of grace, in places and times when Confession is not available, like now.

Second Council of Constantinople, 553 A.D. -- infallible Source of Dogma >
"The heretic, even though he has not been condemned formally by any individual, in reality brings anathema on himself, having cut himself off from the way of truth by his heresy."

Everything you must know, believe, and do to get to Heaven is on > > Immaculata-one.com.

Victoria
Our Lady of Conquest
Pray for us