"You know I Conquered Sin and Death." 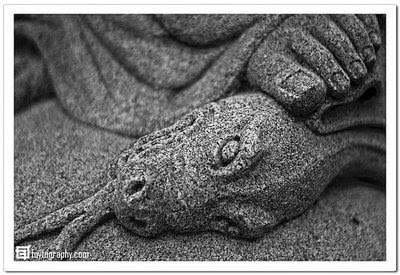 During prayer one day, the Lord spoke to me.

"You know I conquered sin and death."

I don't why I knew it, but I knew this was instruction about my prayer, about how to pray.

"Yes Lord".  Thinking: What is He trying to tell me?

Sin and Death...OK...think! 'Sin and Death', like murder, adultery, greed...yes, sin, but what about death?  Unprovided death, car wrecks, suicide.  I was given to understand that because He had conquered sin and death I could pray about this also.

In my prayer it has been people, places, but it was like He was taking me to the next level, honing my prayer skills.  I felt very strongly that at the next Stations of the Cross I was to pray about the evil of Serial Killing.

I went to the Stations, I asked if I could ask that it be eradicated, the answer was "No."  I then wondered how I was to pray about this.  This isn't a place or a person that you can focus on, it is a "condition" and "evil" if you will.  I thought, "How do I do this?"

The answer was this.

I could not ask that the evil or condition that I was to pray about be eradicated, for that will not be until these things are thrown into the pit.  ("Then Death and Hades were thrown into the lake of fire. This is the second death, the lake of fire." Revelation 20:10).  Also, this is a mystery, but even though there is evil in the world, God will work all things to His will, and good.

But I can pray the Stations and ask the Father to bind the evil condition that is in the World as He wills to bind it.

If there is great effort of evil in the world, then we in our petition to God should pour all upon the altar to beg for those lost by this evil.  The prayer of one seeking black hearts to be converted is an effort of tears, pleading, much heartbreak, and sweat.  When going against such evils, and asking God to bind them, do not be surprised, because of the great evil associated with it, that after your prayer you will be totally exhausted afterwards.

"I desire mercy, not sacrifice."  (Matthew 9:13)  However, it is not in sacrificing our flesh and offering it to God by which we are heard, but by the mercy, and love in our heart that desires the lost to be converted.  It is in offering the heart full of love for the lost to the Father by which souls are saved by God.

As our Lord struggled, and fought to walk the way of the cross, so too we must fight in our prayer with great emotional and sometimes physical effort for those that are now on the path of destruction.

We are the front lines in the battle for souls! Join the fight!!